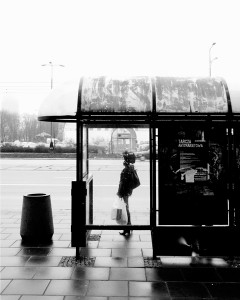 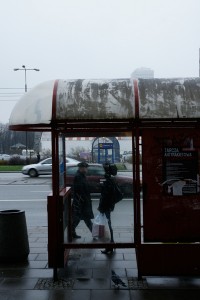 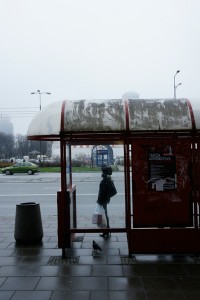 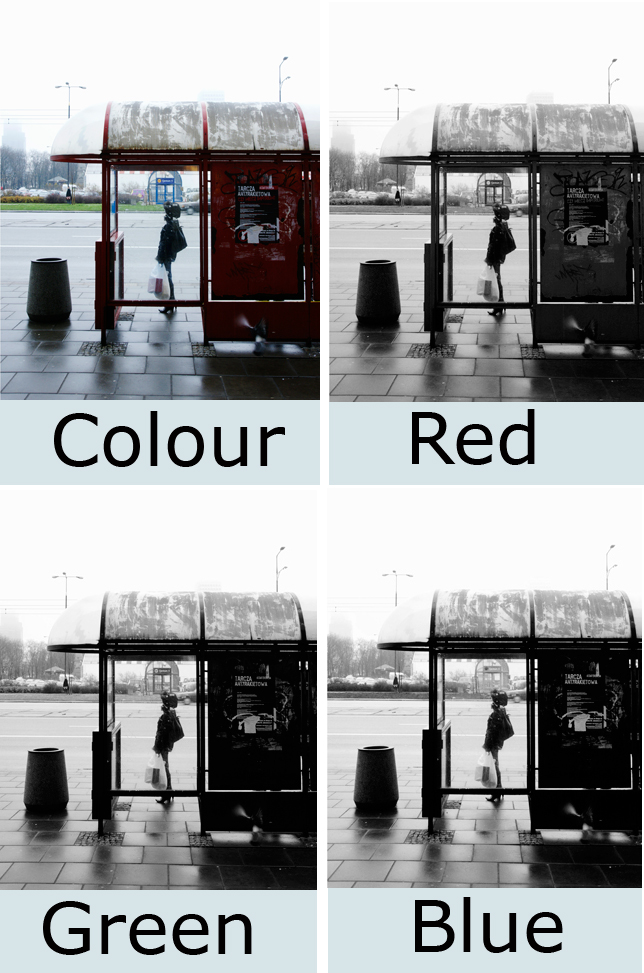 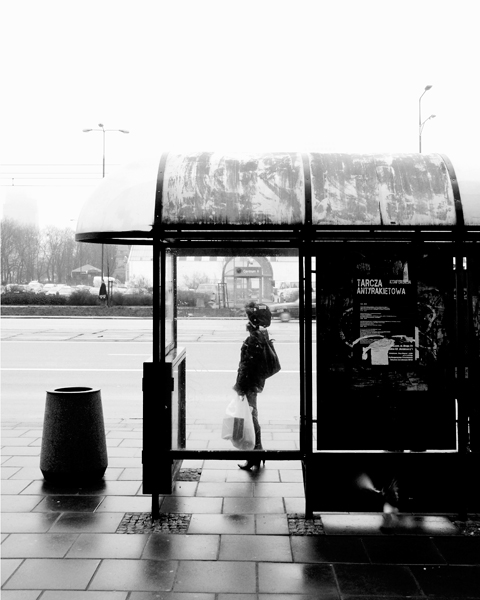 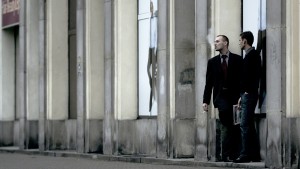 Just as with wildlife photography it is the shots that show behaviour, rather than the pure record pictures, that work best in street photography. To show that behaviour clearly, so that the viewer can recognise what is going on, you have to pick your moment carefully. You have to show the moment in which the action happens.

This moment is often called ‘the decisive moment’, but the phrase is so over burdened with history and expectation that I prefer to just call it ‘the right moment’.

In this scene of a couple of office workers having a smoke break I spotted the potential from a way off, as the pair made an interesting shape that broke the pattern of the straight lines of the pillars and windows. As they had only just lit-up I knew I had a while to get the shot I wanted. I noticed the guy on the left had a particular way of blowing out his smoke in an over dramatic fashion. He turned his head, blowing the smoke away from his friend and in the process propelling it across the dark lines of the concrete. As the smoke got caught in the light of the overcast day it became illuminated, and created just the contrast I needed.

I shot a few frames to get a feel for the composition, and to watch the behaviour before everything lined up and I got the picture I wanted. Going back over those other frames, it’s obvious that it is the small detail of the smoke blowing that makes this moment stand out from the others. The alternative frames have the same pattern and the human shapes that break it, and they have the interest of two humans chatting. But they lack that extra something that separates the ordinary picture from the interesting.

Using a shallow depth of field

To help the subjects stand out from the background I used a really wide aperture to introduce a really shallow depth of field. Using a long lens helped too, as longer focal lengths make it easier to reduce the amount of the scene that is in focus. I was lucky that I had an exceptional lens – a 135mm f/1.4 which I was using on an APS-C sensor camera, so it was acting more like a 200mm. But even if you don’t have a long lens that’s not quite as ‘fast’ as this one you can still get the effect. A 200mm zoom will give a similar effect at f/4.5 on an APS-C camera.

The last thing I did to this picture was crop it to the 16×9 format. I did this for two reasons, firstly there is quite a bit of spare space at the top and bottom of the picture, as you can see from the full frame examples below. The second reason is that I love the movie feel this cropping ratio lends an image, and this picture suits that look. It could be a frame from a film, and the ratio of the format just enhances the sense of the moment.

See my other recent posts here 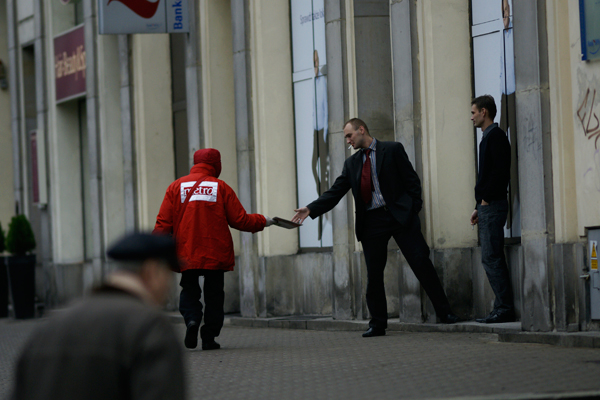 Not quite the right moment 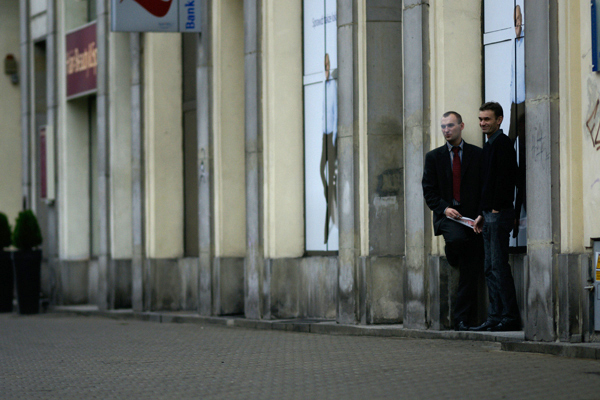 This one’s nearly there, but it could be more interesting 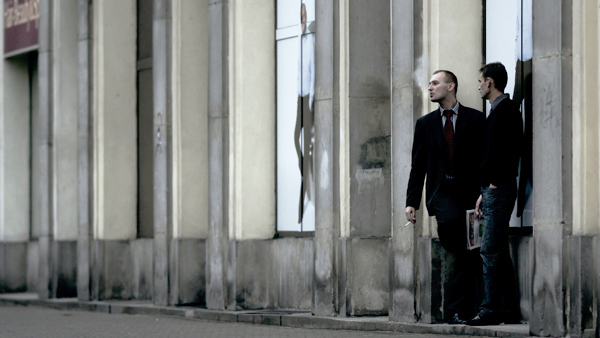 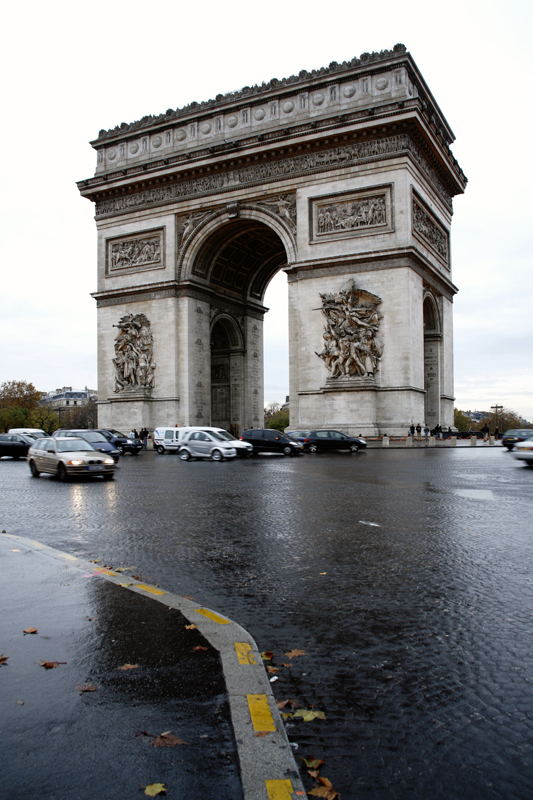 A method of avoiding converging verticals that is open to everybody is shooting wide and cropping the result. In short the camera is fitted with a wide angle lens and is held in the upright orientation. Keeping the camera absolutely level you will see that once you have all the building in the shot there will be an excess of foreground that is probably not needed. Don’t worry about that though, just shoot the picture and crop the unwanted space off the final picture. Set the cropping proportions to 5×4 for a professional look, or pick between 6×7 or any other format simulation that suits the picture. You may end up with a horizontal shot from your vertical original, and you will have lost a lot of pixels, but at least the sides of the building will appear straight and completely upright.

This isn’t an ideal solution, but it is quick, easy and it does not require any additional specialist equipment. 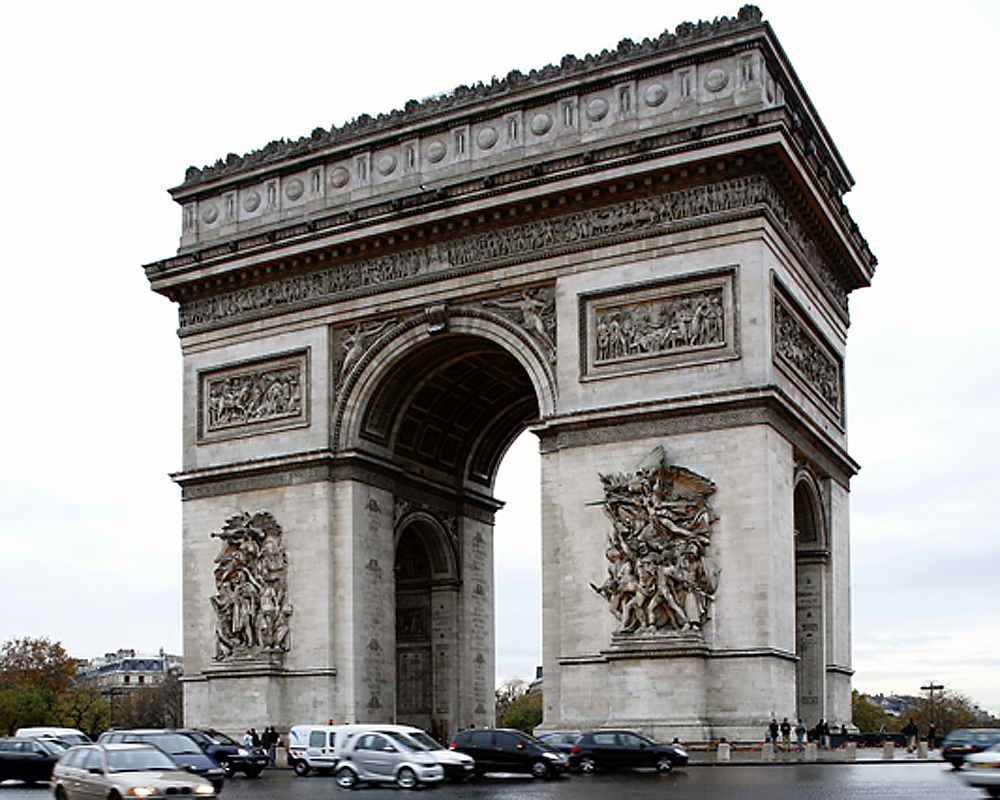 This picture was made by cropping to 5×4 proportions to give the feel it was taken using a large format camera. As you can see the crop is a little too close and it all looks a bit uncomfortable. I used the full width of the original image to get the final picture size to 2912×2330 pixels, which would still deliver a 10x8in print at 300ppi. 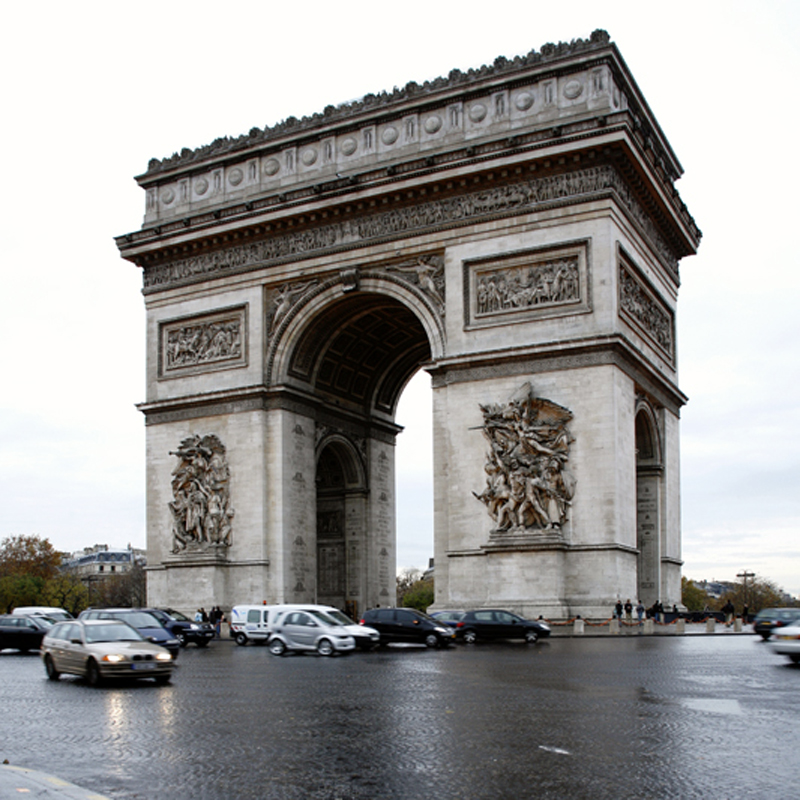 For this picture I cropped square. Again using the full width I was able to produce a final image that measures 2912×2912 pixels, and which prints to 10x10in at 300ppi. The extra space at the bottom makes a more comfortable composition, and a more successful final image.

The original file for these images measures 2912×4368 pixels and comes from an 11 million pixel camera. As the file is large to begin with there are plenty of cropping options to be had. Try different cropping proportions, such a 6×7, 6×8, to get different effects and to make the most of the file size you had to start with. Cropping to a landscape orientation will always leave you with the smallest final image, so using upright crops