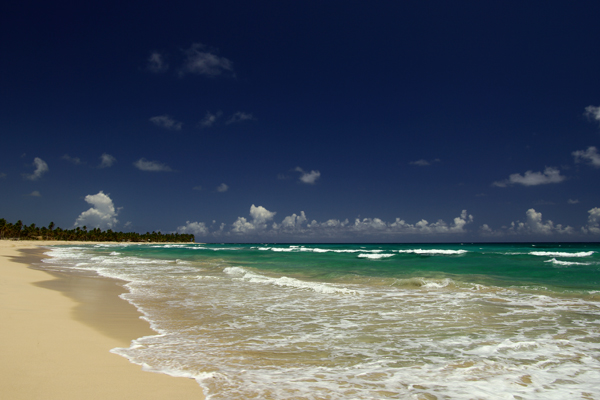 A polarising filter is used in photography to reduce the effects of reflections and glare. When these distracting forms of light are removed from a photograph it allows colours to really shine through and appear much stronger. Polarisers are a particular favourite of landscape and architectural photographers for the dramatic effect they can have on a sky – transforming it from pale blue to a dense and impressive navy. Here you can see a ‘before and after’ demonstration of what a polarising filter can do. On this occasion I used the filter to darken the sky, firstly producing a stronger blue and secondly making the cloud formations stand out more clearly. The filter has also cut reflections from the surface of the sea, which again intensifies its colour, and the same impact can be seen on the sand as it’s colour becomes more saturated. While the non-filtered image is nice, the second is much more dramatic and eye-catching. 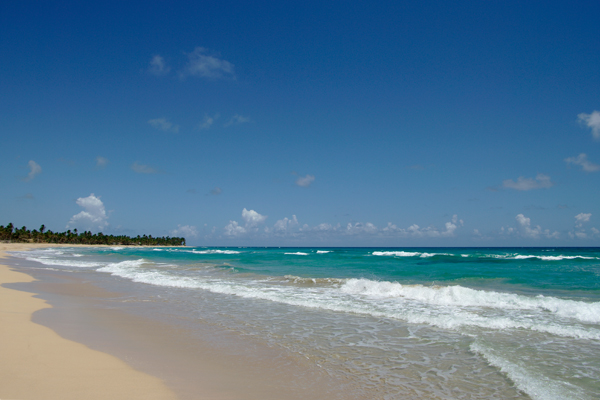 In very basic terms there are two kinds of light illuminating this scene – light that comes directly from the sun and reflects off the trees, clouds, beach and sea into the lens. And then there’s light that’s been reflected from something aready, that goes on to bounce off those same objects, but from different angles. If you take the sand, for example, you can see there is light that’s coming directly from the sun and then there is light that has been reflected from the sky that gives the surface a slight haze. The same is true of the sea; in the non-filtered shot most of the colour we see is the reflection of the colour of the sky. Light that has already been reflected before it strikes the subject can be cancelled by a polarising filter, and thus help improve contrast and colour. The resultant reduced light levels will mean longer exposures are needed so, except in very bright conditions (such as in the case here), a tripod is the natural partner of a polarising filter. The filter I was using, made by Hoya, has particularly good light transmission, and so long exposures are less often required.

The angle of the sun

Polarising filters have most pronounced effect when the photographer has the sun on his or her back. The effect is still visible at 90° to the sun, but as soon as the lens moves to begin facing the sun a polariser becomes less useful.

To see more of my pictures visit my photo galleries site at www.damiendemolder.com