Gallery Notice : Images have either not been selected or couldn't be found 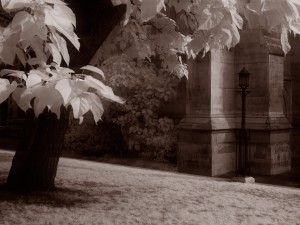 Infrared photography used to be a firm favourite of the darkroom user in a days of film supremacy, but with the advent of digital photography the popularity of infrared capture died away somewhat. It didn’t disappear completely, as it didn’t take IR junkies long to realise that many digital cameras are also sensitive to IR light, and with an IR, or a deep red, filter in place a decent enough image could be captured. The number of digital cameras now that have sensitivity significantly extended into the IR wavelengths are few, as it actually has a detrimental impact on normal daylight photography, but some do still have enough ability to record IR light that an image can be made.

Infrared is the name given to a group of light wavelengths that extend beyond visible red. The word ‘infrared’ means ‘below red’ in Latin – referring to the fact the wavelengths are longer than those of red. For creative photographic purposes the wavelengths we are interested in run between about 700 nanometres and 1000, but some forms of scientific applications use even longer wavelengths.
In IR photography we capture the infrared portion of the spectrum that is reflected from objects in the scene. In general terms live objects, such as grasses and leaves reflect most IR, and these objects appear very bright in IR images. It is commonly believed that IR photography captures differences in temperatures, or that certain objects emit IR light. Neither of these are true.

For this picture I used a fully infrared compatible camera – the Fujifilm IS Pro. This is a camera built into the body of the company’s S5 Pro DSLR, but with the infrared blocking filter removed, and with menu controls specific to shooting in IR. Originally designed for scientific work, it soon grabbed the attention of creative photographers as an extremely convenient way of recreating what they used to do with a tricky and complicated film process. The camera can shoot in colour as well as black and white, and with a ‘hot filter’ (which cuts out IR) over the lens it acts as a normal camera.

Is your camera IR sensitive?

An easy way to find out if your camera has sensitivity to light in the IR part of the spectrum is to cover the lens with an IR filter and then shine in IR light at it. Infrared filters are not cheap, but sources of IR light are common. A TV remote will work, and aimed in low light at your camera with the IR filter over the lens will record as a bright dot on the rear LCD screen when a button is pressed.
You can have your DSLR converted to shoot IR by having the IR blocking filter removed. Companies such as ACS will perform the surgery for you. Don’t try it yourself. 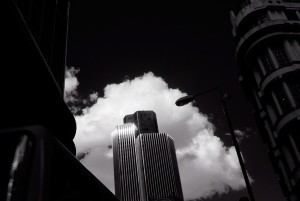 There is enough IR photography about for the effect to be easily recognisable, and most IR photographers do much the same thing. On a sunny day a blue sky records as a deep black, while clouds reflect large amounts of IR and appear bright and dramatic. Most photographers will try to use these characteristics to create a dramatic and impactful image. There is nothing wrong with that either, but I prefer to use the effects in a less obvious way that still creates an interesting picture, but one that does not scream ‘I’ve been shot in IR’.

IR film used to be very grainy, and could be used to create a coarse textured image that was very appealing. Here I’ve chosen a subject that suits that kind of treatment – an old building – and used the IR effect to have a mildly surreal impact on the grass and leaves to make the picture standout as being a bit different. The effect is very soft and almost dreamlike, without being obviously manipulated or part of a special process. I don’t want the first reaction to the picture to concern how it was done, but what it looks like.

There is no easy way to measure IR light with a normal exposure meter, so we end up having to guess. With film that could be a drama itself, but obviously with a digital IR camera life is much more straightforward – you can view the success of the exposure immediately. Generally small apertures are needed to ensure focus (IR light does not focus in the same plane as the light our cameras and lenses are designed for), and lengthy shutter speeds are needed to compensate. 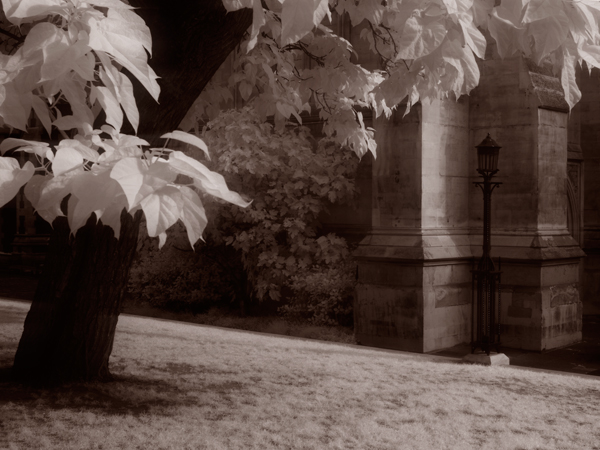 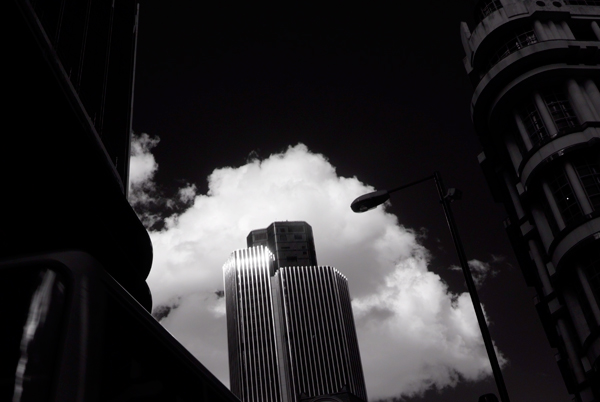 A blue sky turns black in IR photography, and clouds stand out with drama