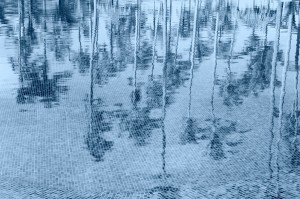 I took this picture of palm trees reflected in a swimming pool on the last day of a two-week trip to The Dominican Republic. For the whole fortnight I’d been taking pictures of the beach, the blue sky, the swaying palms and all sorts of views and scenes that to me typified the sense of the place. In the end though, looking back over them as the end of the trip came in to sight, I wasn’t convinced that I had really captured what it all meant to me. I had some great images, even if I say so myself, that were laden with messages and atmosphere, but I hadn’t made the shot that reflected my own personal experience of the country or what I would want to remember most.

Sitting by the pool after another excursion along the coast to take more pictures I was wondering what it was I had liked the most about the place and what view I would want to take back with me to remember. It had been a very relaxing trip that was very much needed at the time. I’d been knackered before we left home, and it had taken several days of doing nothing and pure relaxation to bring me around to a normal human state. Work had been pretty hectic and long days had been running into late nights and early mornings, and I’d needed this holiday.

Sitting there, drinking up the atmosphere I realised that what I’d enjoyed most was staring back at me. The reflection of the palm trees in the rippling surface of the water, and the deep blues of the sky enhanced by the blue tiles of the pool’s floor. It is the kind of view you can sit and stare at for hours with nothing going on between your ears.

I made this image to include enough pool edge so that it could be seen to be a pool but with the majority of the frame occupied by the palm reflections and the lines of the tiled floor. I shot in colour, of course, as one would with such a scene, but was surprised when reviewing the images later on at home that the blue I remembered was not as dominant as I had sensed at the time. I resolved this issue by taking a sample of the blue that I remembered from the image using the sampling tool and then switched the colour file to black and white. I did this using the green channel, in Channel Mixer, and then used the Curves tool to lift the contrast a little. Next I created a new colour fill layer, which I flooded with my watery blue, reducing the layer opacity to 10% to allow the detail of the scene to show through.

The final result is not actually a technically accurate representation of the scene I shot, but it is an extremely accurate representation of what I saw, of what I remember and of the essence of being there, in that place at that time. The camera never lies, of course, but it is a dumb instrument that is not capable of understanding emotion and the way the human eye filters what it sees. The camera often needs help to make a picture that conveys what is happening in the mind behind the viewfinder rather than in physical form in front of the lens – and it was one of those occasions. 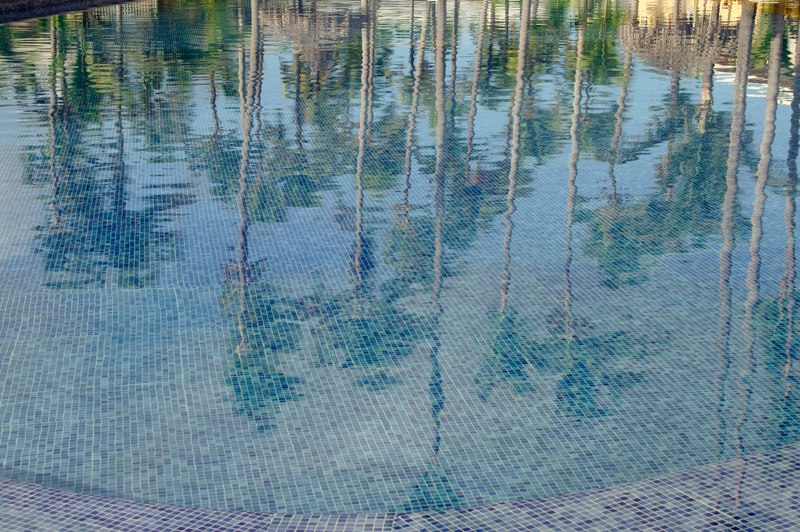 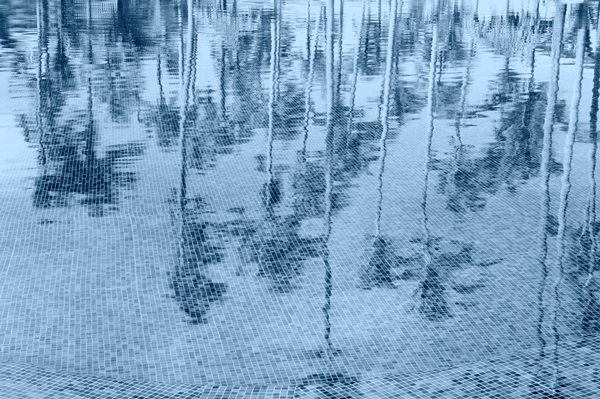