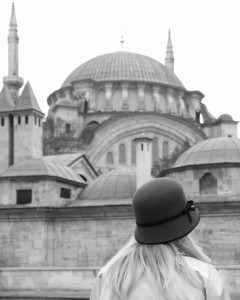 Colour images converted to black and white using the green channel have quite a distinctive look that is great for creating the feel of all classic images. In the days before panochromatic emulsions black and white films had no sensitivity to red (they could even be developed with a red light on in the darkroom).

Film was mostly sensitive to green light, and pinky reds recorded as black, and greens as bright tones. In most normal scenes though pictures record with a moderate contrast that makes a nice change from the over blown black and white work that is widely popular among enthusiasts.

There are two principle ways of creating a conversion using just the green channel – you either isolate it by deleting the red and blue channels, or go into a channel mixer tool to effectively turn off all but the green. Either method delivers much the same result.

Green channel conversions are great for all sorts of subject types, but I especially use it for portraits and city scenes when I want pictures to appear older than they really are. 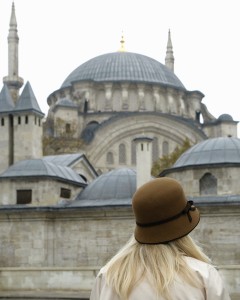 As digital cameras has twice the number of green pixels as either red or blue you will find that green channel conversions present the absolute best you will get from your camera. Resolution and image detail is optimised, and image noise will be at its lowest.

If your camera has a black and white mode you may have wondered whether it is better to shoot using this mode and coloured filters over the lens, or whether to shoot in colour and convert using a colour channel mixer or selector in software. You may find that most people will tell you that essentially the two methods add up to the sdame thing, but that one involves putting a piece of glass or plastic over your expensive lens which might degrafe your image quality. Actually there is a difference, though it is quite a subtle one.

If we compare digital processes to the days of film shooting with filters is just like when we shot with black and white film and filters, but when we use channel mixer tools it is like changing the characteristics of the film. Digital sensors are panochromatic – that is, they are sensitive to red, green and blue light. When we use a single channel by itself we are effectively altering the sesnitivity of the sensor. Using only the green channel makes the sensor behave as orthochromatic film, and using only the blue makes the sensor xyxy. When you put a filter over the lens you are still using a panochromatic sensor but you promote one colour and hold back another. The effect is quite different, as is the principle. Using a filter over the lens with a panochromic sensor will always produce a more extreme result, that can only be matched in magnitude in software by extensive manipulation that degrades the image.

This picture was taken using the Olympus E-3.